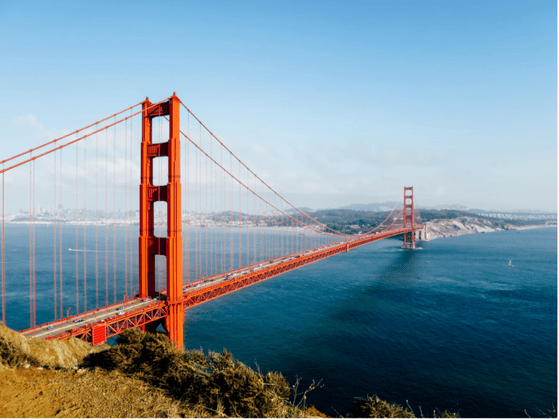 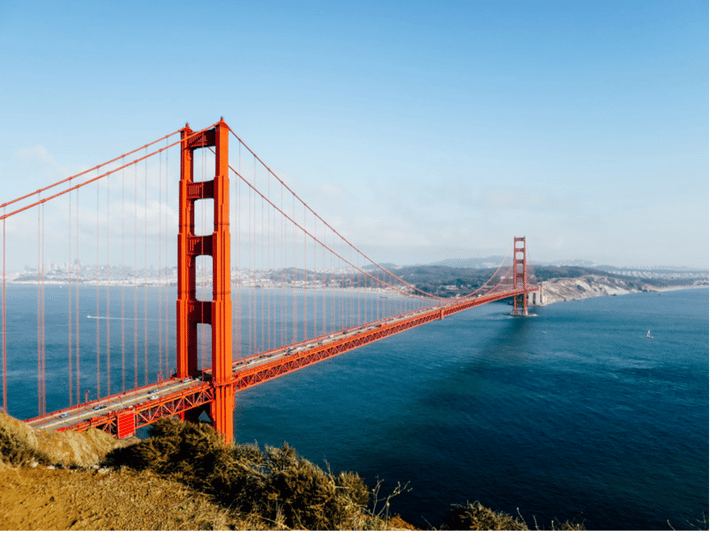 In many ways, the journey to Large Scale Scrum is as colossal as the scale of the Golden Gate Bridge.

My 2017 goal is to become a certified trainer for Scrum, Nexus, Large Scale Scrum(LeSS), Scaled Agile Framework® (SAFe®), Enterprise Scrum(ES) by year end. Disciplined Agile potentially in 2018, who knows. Call it my perfection vision, perhaps unattainable but a good North Star. Why?  Because in my work, my clients must really feel that I am independent and that I will support them having educated them on the options, once they make their own decisions. I cannot claim to be good with ES as it is so new, but I have dabbled with the others since they came out. I love agility, so I prefer to grow good sustainable agility, and often end up with a mish mash of what's right for the client, at least what I and the client think is right. I find it useful to have enabling constraints such as frameworks to frame discussions and choices before a mish mash gets considered though. I worry about off-piste for practical support reasons. I get fantastic engagement at mini-workshops where colleagues get educated on and consider options.

Why such a colossal scale for LeSS alone? Well,  for any of my case studies to qualify for Scrum, I and my client need to understand that a LeSS adoption implies formally eliminating (within the scope of the LeSS adoption):

I'm told that LeSS Huge "adoptions" can take ten years as they are prone to get reset by regime change every so often; new leaders who revert to Theory X and have to be convinced about Theory Y. As I'm no Henrik Kniberg, my half-life at an organization is only 9-12 months typically. So I have to ensure I develop internal capability so other people see the journey through.

I don't let the above pre-conditions get me down. I say whatever will be will be. I just need to be careful to avoid saying an implementation is LeSS worthy unless the judges of Certified LeSS trainer certification decide so. Previous case studies of mine were not deemed LeSS Like (Nexus+). I qualified on the 2nd bullet, but the 1st bullet was beyond my scope even if we did implement Scrum Development Teams in true Scrum fashion. The 3rd bullet was a bridge too far.

Indeed, at my latest client, where there is strong third party presence with their own organizations, the 1st bullet is beyond my reach, the 2nd bullet would be possible only if agreed, and that last bullet is only attainable for brand new work, as the in-flight disruption of "throwing teams in the air" with 3-4 months of dev time left might also be a bridge too far. I'm hopeful that Toyota Kata will be used.

"It always seems impossible until it's done" - Nelson Mandela

I wrote blogs posts on SAFe and Nexus+ already.  See:

When is SAFe safe?

Nexus+ at a European Bank

Nexus+ at an international payments company

There is plenty of information on LeSS at .works so I won't regurgitate it here.

I read the three LeSS books more than once. I read the blogs. I attended numerous talks by Craig Larman, and one by Bas Vodde. I avoided LeSS as I felt that while it set organization design as a pre-requisite, it did not provide solutions for organization design that satisfied my own criterion - dealing with people in a humane way, e.g., preparing people for "flipping the system". In 2012, I recommended LeSS as the most beautiful approach for Scrum only, with some caveats about the people side of things. With the advent of Nexus, the exoskeleton of Scrum, in 2015, I became dubious about LeSS being the fairest of them all. Nexus's simplicity to me was its genius.

Spotify's approach is not a model or framework. My heart sank when Spotify only got an honourable mention this year in the Version One report. I wonder how close ING and NetFlix implementations were to Spotify really. I would customize for the context of course, but I'm wondering if any truth got lost. Hopefully not. My heart sank even more when Scrum of Scrums took 27% of the market and SAFe took 28%. So, to me that means Scrum is corrupted in 55% of the market at least. I thought it was 90%+. Maybe it is. The LeSS folks seem unworried by the drop from 4% to 3%. Let's see if the partnership with Scrum Alliance gives LeSS a boost. And let's lighten up this post with some good news.

I was dubious before I attended training by Bas Vodde in San Jose earlier this year. But, here were my positive light-bulb moments:

In summary, I can tell that LeSS is ten years old as it is well thought through. It still lacks on the people front to my mind. I think that's where my own agility change chef  (and my competitors) work helps.

For me, edges Nexus, and Less Huge blows away Nexus+ from a Scrum perspective.  Modified Nexus blows away SAFe to my mind for Scrum, XP and Kanban (see my previous Nexus posts). Both LeSS and Nexus blow away SAFe from a Scrum perspective. But, being technically better never won markets. Can one do it? Agility is just a means to the end. Many forget that. One has to be careful in a niche, as niches are also prone to disruption. Perception is sometimes more important than reality, and for some it is reality.

As I said earlier, I will support whatever the client decides, having educated the client on the options to the best of my ability, hopefully minimizing confirmation bias, with the client and I together considering the context.

I look forward to Craig's course in July in Madrid. I hear it has a different style. Let's see.

Did you know you can do a Scrum test and LeSS test at Less.works? 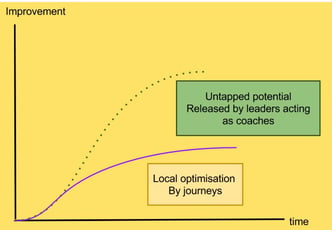 Do you believe this chart?